Two terrorists are dead and five others injured after the Israeli Air Force attacked a terror cell in the Zeitoun section of northern Gaza on Wednesday morning, local and IDF sources reported.

One of the two participated in the missile attack against the coastal city of Ashkelon earlier Wednesday morning, IDF sources said. The other was responsible for rocket launching at Israel earlier in the morning and over the past few months. Hits were confirmed in both attacks, according to the IDF.


An outraged spokesperson for the Hamas terrorist organization told Arab media that [Israeli Prime Minister Binyamin] “Netanyahu is the cause of the collapse of the cease-fire negotiations. Netanyahu will pay.”

Between 11 am and 12 noon, Palestinian Arab terrorists launched more than 25 rockets and missiles from Gaza at Israeli civilians. More than 80 rocket sand missiles have been fired at Israeli civilians since the breach Tuesday afternoon of an Egyptian-brokered cease-fire in effect while Israeli and Arab representatives were in Cairo trying to work out a permanent agreement. 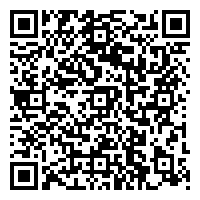