The IDF and Israeli Border Guard Police arrested 10 Arab terror fugitives in a pre-dawn joint sting operation in the Jerusalem neighborhoods of Azariya and Abu Dis.

Their efforts were met with resistance from a rioting Arabs who tried to prevent the forces from arresting suspects connected with stone-throwing incidents. Some were accused of planting IEDs (improvised explosive devices) and shooting fireworks at Israelis.

IDF troops used crowd dispersal methods to deal with the riot. During the arrests soldiers also confiscated military equipment from a weapons cache and a large quantity of illegal drugs.

“Over the past few months we have carried out a number of similar operations to arrest suspects and bring them to justice,” the Judea-Samaria Border Guard Police Commander said.

About a week ago, an Arab terrorist in Abu Dis accidentally killed himself while carrying a bomb in his hands towards the Border Guard Police checkpoint in the neighborhood. The bomb blew up before the terrorist was able to throw it at the police officers at the checkpoint.

This past December members of a Hamas terrorist cell were arrested on charges of planning to carry out suicide bombings. Most of the operatives lived around Abu Dis.

“We will continue to act with determination against anyone who disturbs the peace and public order, and who tries to harm security forces and civilians in the State of Israel,” the Commander added. 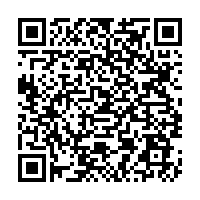