In a startling action by Israel’s Shin Bet, 25 students at Al-Quds University in Abu Dis, just outside of Jerusalem, were arrested for allegedly planning homicide attacks against Israel.

Those arrested were allegedly planning to carry out the attacks at the direction of the Gazan terrorist leadership of Hamas. Students arrested included residents of Jerusalem.


According to Israeli journalist Yossi Melman, the students were “under orders from Hamas” to execute planned “suicdal attacks against Israel.” Still more evidence of Hamas infiltrating into Palestinian Authority-controlled territory.

Al-Quds University in Abu Dis is just over the Green Line from Jerusalem, in an Arab-controlled area.

According to an Israeli Security Agency (Shabak) report, Arab-majority universities provide a fecund source of recruiting for terrorist activities. The students there are intelligent, have a strong political awareness and many will spare no effort to achieve their radical goals.

Update with full details:
(JNi.media) The Shabak, IDF, and Police uncovered and apprehended a large Hamas terror ring operating in the area of Abu Dis, a neighborhood in eastern Jerusalem. The ring operated under the direction and command of Hamas in the Gaza Strip, and planned to carry out suicide and bombing attacks in Israel. So far, 25 operatives have been apprehended. Most are students at the Al-Quds University in Abu Dis. The investigation has revealed the head of the terror ring- Ahmed Jamal Musa Azam, 24, from Yasuf / Qalqilya. Azam, was recruited by Hamas terror operatives in Gaza, to establish and lead both the terror ring and infrastructures that would provide for and carry out suicide and bombing attacks throughout Israel.

Ahmed Azam was in full contact with his operators in the Gaza Strip. He was trained by them as an explosives expert in order to manufacture explosive devices and suicide belts. He was also instructed to recruit fellow students at the Al-Quds University in order to purchase materials for the manufacturing of explosive devices, rent spaces for the terror ring, and recruit culprits to facilitate and perpetrate suicide attacks throughout Israel.

During the Shabak investigation, an explosives laboratory was uncovered in an apartment rented by Ahmed Azam in Abu Dis. An inspections of the equipment revealed that the laboratory contained capabilities for manufacturing large quantities of various explosive materials and devices. The investigation revealed that the terror culprits had purchased illegal materials in shops in Ramallah and around Israel. This led to further arrests and the seizing of illegal materials.

Two students from Al-Quds University were specifically recruited in order to take advantage of their ability to freely enter Israeli territories:

Hazam Ziad Amran Sandoka, 22, from Jerusalem, was recruited to both purchase materials and gather information on potential targets for terror attacks. He was also in charge of assisting terrorists to infiltrate with their explosive devises into Israel.

Fadi Daoud Mohamed Abu Kian, 19 from the Negev, confessed during his investigation that in the beginning of October 2015, he agreed to Ahmed Azam’s proposal of carrying out a terror attack by smuggling either a suicide belt or a vehicle with explosives into Israel.

During their Shabak interrogation, both confessed that in addition to being a part of the Hamas terror ring, they support ISIS and serve as operatives in local Salafist activities.

An additional Hamas terror cell based in Bethlehem was uncovered. Some of its members were also students in the Al-Quds University, recruited to carry out the terror attacks on behalf of the terror ring.

These incidents further shed light on the role played by Hamas’ military wing in the Gaza Strip which constantly attempts at attacks of mass casualties around Israel and in the Judea and Samaria regions. This serves as another example of how Hamas tries to capitalize and exploit the current security situation in Judea and Samaria to promote terror attacks throughout Israel.

These planned attacks also illustrate how Hamas, through its military wing, both disregards and takes advantage of the civilians and the rehabilitative measures taken in the Gaza Strip in order to advance its own terror interests.
The uncovering of this terror ring at this time has prevented mass casualty attacks against Israeli civilians and an escalation in the security situation. 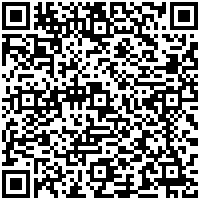