Further north, at least four suspects were arrested in Arab villages along the outskirts of Jerusalem.

Two more were detained in the town of Silwad, near the Palestinian Authority capital city of Ramallah. Israeli forces discovered a rifle and other arms in the vehicle with those suspects, according to Israel Police spokesperson Luba al-Samri.

At least one weapon and a quantity of ammunition was also confiscated during a raid in the area of Tulkarem, in Samaria. 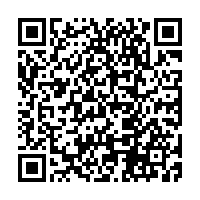