In the second such incident within 24 hours, a Palestinian Authority Arab has died after attacking IDF soldiers while they were trying to make an arrest.

According to the IDF, soldiers from the Kfir Brigade were carrying out orders in Beit Omar near Gush Etzion late Wednesday night to arrest 24-year-old Mohammed Abu Maria, a wanted PA Arab fugitive.


Abu Maria’s large extended family violently attacked the soldiers during the arrest, according to the IDF. In response, one of the soldiers fired at the legs of one of the attackers. The injured attacker was taken by Red Crescent medics to a local hospital.

As the ambulance left, a larger mob of neighboring villagers surrounded the home and attacked the IDF soldiers, hurling rocks and concrete blocks at the troops. One soldier was injured and was treated at the scene.

Another soldier provided cover fire to allow the unit to safely leave the area. In the melee, one of the violent rioters who were attacking the soldiers was shot and killed. The suspect, meanwhile, managed to escape custody.

Late Tuesday night in a similar situation, a 21-year-old terror suspect was shot during an IDF arrest operation in the Arab village of Burkina, near Jenin. He subsequently died at a hospital in Jenin.

However, the circumstances are not clear: The Border Police officer who fired at Muhammad Ahmad Alawneh was using a Ruger rifle, which fires lower impact rounds than other weapons. In addition, the officer fired at Alawneh’s legs; the hospital in Jenin that received the injured suspect claimed he was killed by a gunshot wound to the chest – and that, despite undergoing surgery.

The IDF has opened an investigation into the incident. Palestinian Authority sources are notorious for spreading disinformation, particularly when it comes to distorting facts about injuries resulting from conflicts with Israeli forces.

A total of 18 security suspects were arrested by the IDF in Judea and Samaria overnight, including two members of the Hamas terrorist organization picked up in Jenin and Qalkilya. 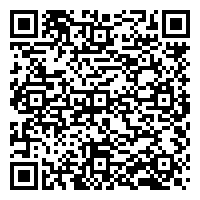