An icon of the stage, the silver screen and the Land of Israel has gone home.

Jewish actor, singer and philanthropist Theodore Bikel has passed away of natural causes at the age of 91. Bikel drew his final breath Tuesday morning at UCLA Medical Center in Los Angeles, his agent Robert Malcolm told The Associated Press.

Bikel was the symbol of a generation – several generations, in fact.

Jews remember the songs of Theodore Bikel when he was still singing them in Yiddish on a 78 rpm record, spun on my parents’ record player. When he was Tevye, in Fiddler on the Roof. When he was a Jewish folk singer.

Born in Vienna in 1924, the young Bikel moved with his family to Palestine as a teenager.

He spent much of his youth there, discovering his passion for drama while living on a kibbutz. By 1943 was acting in Tel Aviv’s HaBima Theater. He moved on to study at the Royal Academy of Dramatic Arts in London in 1946.

Bikel sang in 21 languages, recording more than 20 contemporary and folk music albums, in addition to albums in Yiddish. He helped found the Newport Folk Festival in 1959.

His repertoire was endless. He appeared in opera productions, on television shows, on the Broadway stage and on the silver screen.

A fierce supporter of Jewish causes, the Democratic Party and human rights groups, Theodore Bikel was one of six American Jewish Congress leaders arrested in 1986 while protesting outside the embassy of the Soviet Union, demanding “Let My People Go!”

Bikel is survived by his wife Aimee Ginsburg, his sons Rob and Danny Bikel, stepsons Ze’ev and Noam Ginsburg and three grandchildren.

Even More Harm Than We Think 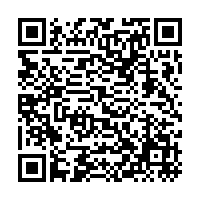