Arab terrorists fired at an IDF jeep that was driving on a route in Samaria on Saturday night. There were no injuries. The IDF vehicle was hit by the bullets.

The IDF has launched a search for the shooters who fled the scene after the attack.


This is the third shooting attack in the area in a week’s time.

Terrorists fired at an IDF military post in Samaria on Tuesday night. There were no injuries and no damage was caused.

The IDF reported that the attack was a drive-by shooting on a military post near the city of Shechem (Nablus).

These attacks may be the work of the same terror cell. 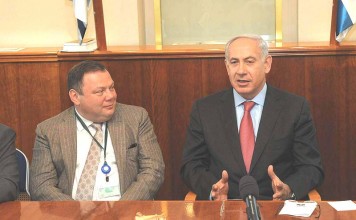