But there’s another election possibility to consider.

In the outgoing coalition, Naftali Bennett (Bayit Yehudi) and Yair Lapid (Yesh Atid) proved they could get what they wanted if they stood firm together against Benjamin Netanyahu (Likud); and so, this time around, once the votes are counted, the mid-size parties may quickly realize they can again get what they want, if they again pull the same trick.

What would happen if most of the mid-size parties pulled a “brother,” and created a united front, the United Center, if you will – led by Yair Lapid?

The United-Middle is just 28 seats short of a coalition.

There’s actually no reason to assume that Lapid (Yesh Atid) and Litzman (UTJ) can’t find common ground – after all, while Lapid got to pass his Haredi draft law, in reality the law backfired and fewer Haredim now enter the army – so both sides have won (or lost).

UTJ’s 7 seats would put the United-Center at 40. UTJ also gets the added bonus of hurting Bayit Yehudi, whom they are still angry at from the previous coalition government, when Bennett joined with Lapid, excluding UTJ from the coalition.

Yair Lapid has actually hinted that this is what he plans to do.

Lapid made it clear he won’t recommend Netanyahu, but he did not alternatively promise that he would recommend Herzog/Livni. Members of his own party implied that Lapid might recommend Lapid.

To counter this embarrassment of coming in as junior partners, the Likud and Herzog would try to form a National Unity government.

Bringing in Bennett (13) gives them 58, and the first 3 from Yachad (excluding Marzel), if not alternatively the 7 from UTJ puts a National Unity government over the top at 61, 64 or 67.

Unfortunately, that configuration has one major flaw. Tzipi Livni.

Livni may decide to bolt to the United-Center rather than sit in a coalition with Bennett, and be in some crazy 3-way rotation with both Herzog and Netanyahu.

In which case, the numbers change to:

Who would blink first?

Shas (7) would be the weakest link to bribe away from the United-Center, giving a National Unity government 64 seats. Lieberman might also switch sides if he sees things not going his way.

We are entering one of the most critical elections in Israel’s history, and absolutely everything is up for grabs.

It does appear that if the mid-sized parties try to flex too much muscle and get too greedy, we will end up with a National Unity government.

Clearly, as tense and crazy as this pre-election period has been, it won’t compare to what happens after the votes are counted. 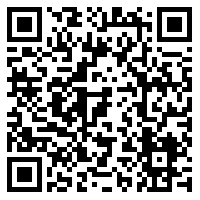