Mahmoud Abbas roared into the United Nations Friday with an incendiary speech against Israel that re-buried – again – the American-led “peace process,” cast Israel as a war criminal and managed to provoke a hasty and unusually angry American response that smacked his rhetoric as “provocative.”

The Palestinian Authority chairman, who carried out a brilliant world-wide diplomatic campaign against Israel after he took power following Yasser Arafat’s death in 2004, has been hell-bent on self-destruction ever since it was clear to him that he could not hijack the so-called peace process to put an end to Israel as a Jewish state.


His speech, which called Israel “genocidal,” was a statement that the Obama can go fly a kite while he relies solely on the pro-Arab U.N. General Assembly to reach his objective. Abbas’ diplomatic Kamikaze operation somewhat parallels the Arab world’s wars against Israel in 1949 and 1967. They circled the wagons and poised for a victory, but then saw blood in their eyes and banked on total annihilation of the Zionists.

Abbas’ aides did what they know best to do – use violence, which didn’t work.

On Friday, Abbas spoke and everyone waited for the “bomb” that his aides said he would drop. Maybe he would demand that Israel be tried in the international court for war crimes? Maybe he would announce a new peace proposal? Maybe he would pull out a new trick to put Israel in the corner?

The bomb was suicidal.

“It is impossible, and I repeat – it is impossible – to return to the cycle of negotiations that failed to deal with the substance of the matter and the fundamental question,” Abbas declared. “There is neither credibility nor seriousness in negotiations in which Israel predetermines the results via its settlement activities and the occupation’s brutality…

“During the past two weeks, Palestine and the Arab Group undertook intensive contacts with the various regional groups in the United Nations to prepare for the introduction of a draft resolution to be adopted by the United Nations Security Council on the Israeli-Palestinian conflict and to push forward the efforts to achieve peace….

“This endeavor aspires to correct the deficiency of the previous efforts to achieve peace by affirming the goal of ending the Israeli occupation and achieving the two-state solution, of the State of Palestine, with east Jerusalem as its capital, over the entire territory occupied in 1967, alongside the State of Israel and reaching a just and agreed upon solution to the plight of the Palestine refugees on the basis of resolution 194, with a specific timeframe for the implementation of these objectives as stipulated in the Arab Peace Initiative.”

Abbas proved he was more bark than bite because he did not even hint of a deadline “or else” for Israel to surrender.

“There is no credibility or seriousness” in the Prime Minister’s statements that he wants a “two-state solution.”

Settlers as Jews who could live in peace with the PA if they only would go back to Tel Aviv?

No. Settlers are “racist and armed gangs’ who have “persisted with their crimes against the Palestinian people.”

He said what every person with an IQ over 30 knows – “negotiations” with Israel means that that talks resume based on the “agreed objective” of “ending the Israeli occupation and achieving the independence of the State of Palestine with East Jerusalem as its capital on the entire Palestinian Territory occupied in the 1967 war.” 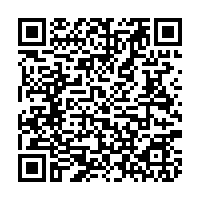