En route to Israel at the same time as world powers were finalizing a nuclear deal with the terror-sponsoring nation of Iran, Israeli Ambassador to the United Nations Ron Prosor told the olim, “You are the answer.”


“You and I share a common mission: standing every day on the front lines defending Israel to those who question Israel’s right to exist. You are the answer to BDS (the Boycott, Divestment and Sanctions movement), to anti-Semitism. … I will feel strong today when I return to the U.N.,” Prosor said.

As Tracie Beavers walked up the stairs to the airport entrance, greeted by Israeli flags and cheers from Israelis who came to greet the aliyah flight, she smiled deeply. Though she said she never felt out of place as a black Jew in Ohio, in Israel she already felt “in place.”

“I am on a God journey,” she said. “Israel binds us together.” 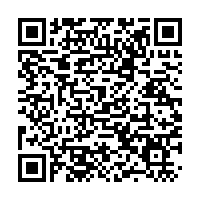