NY Attorney General Eric Schneiderman is going after Donald Trump’s alleged using money from his charitable foundation to pay for a private legal settlement, according to an attorney for the town of Palm Beach, Florida, who spoke to Politico.

The attorney said Schneiderman’s office request from him documents related to the settlement between Trump and Palm Beach in 2007 for unpaid fines levied because a flagpole on his property was taller than was permitted by local law. According to the Washington Post, Trump paid the town $100,000 out of the funds of the Donald J. Trump Foundation, possibly in violation of the law.


Schneiderman, who is Jewish, a Democrat, and a Clinton supporter, told the Daily News in August that he had been targeted by “gruesome” anti-Semitic tweets from Trump supporters, because he is suing Trump for $40 million on fraud, in relation to Trump University.

“This year’s presidential campaign has sort of ripped the cover off all of this sort of craziness and delusion in the country and it is disturbing,” Schneiderman told the Daily News. 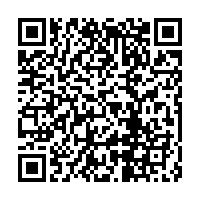