Outgoing Iranian President Mahmoud Ahmadinejad said during a farewell ceremony that publicizing his Holocaust denial was a major achievement of his presidency.

“That was a taboo topic that no one in the West allowed to be heard,” Ahmadinejad said in a speech Sunday, according to the Iranian Fars News Agency.  “We put it forward at the global level. That broke the spine of the Western capitalist regime.”

Ahmadinejad’s remarks on the Holocaust appeared on the Fars site in Arabic, but not on its English website, which covered other aspects of the speech.

Ahmadinejad also called for the Arab world to work together to punish Israel for its treatment of the Palestinians.

President-elect Hassan Rohani described Ahmadinejad’s anti-Israel remarks as “hate rhetoric” that had brought the country to the brink of war, the German news agency DPA reported. 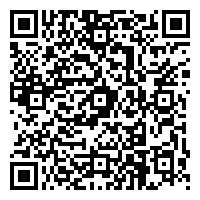