Ahmed Jibril, the founder of the Popular Front for the Liberation of Palestine – General Command, has reportedly died in Damascus.

Conflicting reports surrounded the death. Initial reports indicated that Jibril suffered a stroke, while others said he was killed by a roadside bomb detonated by the al-Qaeda-linked Jabha a-Nusra terror group. Israel Radio reported that Jibril was known as a supporter of the Assad regime in Damascus.


Born in Yazur, Mandatory Palestine in 1938, Jibril was one of the Palestinins’ most notorious killers. He was responsible for a 1974 attack on the city of Kiryat Shemona, during which three members of PLFP-GC infiltrated Israel from Lebanon and murdered eleven civilians in their homes. The same year, a terror cell under Jibril’s command committed the Ma’alot massacre the same year, followed by the Savoy Hotel Attack and Kfar Yuval hostage crisis in 1975. In 1976, Jibril’s followers hijacked an Air France to Entebbe Airport in Uganda, sparking Israel’s legendary rescue operation on July 4 of that year, claiming the life of IDF soldier Yoni Netanyahu (brother of the current prime minister) and knocking the United States’ bicentennial celebration off newspaper front pages around the world. 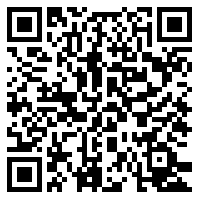