A Hamas rocket slammed into an Ashkelon home early Tuesday, lightly wounding 6 people, including three children. Two rooms in the home were completely destroyed, including the master bedroom where the mother and father had been just moments before the blast. Some 30 people were taken to Barzilai hospital for treatment following the blast.

Shortly after 6:30 am, a Code Red siren sounded in the southern city of Ashkelon, prompting Ofrah Cohen and her husband Yuval to leave their bedroom and gather their children to take them to the bomb shelter. “Suddenly there was an explosion,” she recounted, “and the whole house was filled with blackness. The entire house was destroyed. I do not even want to think what would have happened if we had stayed in the bedroom.”


Cohen could scarcely believe that her house was destroyed. “It was an indescribable explosion.” The mother of two marveled at the fact that her family escaped death with nothing more minor cuts from glass shards. “I really feel we received the gift of life,” she remarked.

14-year-old Naor Cohen, the younger of the Cohen’s two children, said he was still asleep when his parents came to evacuate them to the bomb shelter.

“Then there was a big explosion and fire,” he said. “Debris flew, everything suddenly collapsed. We’ve never been in that situation. I still cannot comprehend what happened here.”

In Ashkelon’s Barzilai hospital, the emergency room was filled with dozens injured in the blast, including 9-year-old Liam Atizon, who vividly recalled the rocket impact.

“I was asleep in bed. There was a siren, and my mom woke me up,” said the boy. “We have no safe room in the apartment. We ran to the stairwell and then there was a loud boom, the whole building shook. There was shattered glass, and a piece flew into my face.” Liam said he was lucky that the debris caused only a small cut on cheek, joining dozens of other victims who escaped more serious injury in the latest major attack on Israeli civilians by Hamas.

“All the windows and the shutters flew off the buildings,” Liam added. “My mother was also hurt. She was taken by ambulance, and I got my first ambulance ride. It was just Mom and I at home. I was very scared.”

Liam explained that his family had moved recently. “For three months we lived here, and for two months we have been at war.” Commenting on the security situation, the boy added, “I was born and grew up in Ashkelon. I am already nine years old and during this entire time the situation continues. It makes no sense that we have been living life like this the whole time.”

A number of elderly were also among those admitted to the hospital following the attack.

In the aftermath of this morning’s strike, Ashkelon locals once again condemned the country’s leadership of abandoning residents of the south. One resident asked why the authorities were waiting for someone to be killed before taking decisive action, while another called the government’s unwillingness to eliminate Hamas a “disgrace.”

The IDF continued its operations overnight against terror targets in the Gaza Strip. An IDF spokesman told Tazpit News Agency that Israeli forces have scored 23 hits on Hamas infrastructure since midnight, while the terror group launched a total of 53 rockets and mortars at Israel’s civilian population. 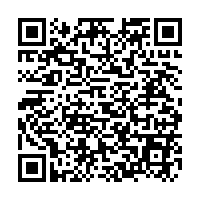