The prime minister’s office on Tuesday morning categorically denied any involvement in cease-fire talks in Cairo or anywhere else at this time.

There are no Israeli negotiators in Cairo, Prime Minister Binyamin Netanyahu’s spokesman Mark Regev told JewishPress.com. Israel will not negotiate under fire.


“There is no one in Cairo. Negotiators are back in Israel, and have been since the fighting has started (again). The Cairo talks were suspended because they broke the cease-fire,” Regev stated.

“Israel will not negotiate under fire,” he said.

The statement comes in stark contradiction to numerous media reports Tuesday of a possible cease-fire agreement advanced by Egypt, and allegedly “found acceptable” by the Hamas terrorist organization.

Disinformation and misinformation is part and parcel of the tools of the trade in Arab terrorist warfare against Israel.

Egypt is, according to Arab media reports, simply “waiting for Israel’s reply,” implying that negotiators have been involved in the talks.

A report published in the Al Hayat newspaper quoted a senior Palestinian Islamic Jihad leader as saying that Israel was “eager to reach an agreement,” and that senior Israeli officials had been involved in indirect talks. 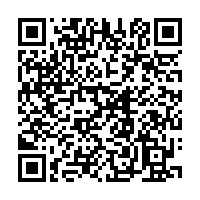