Hundreds of Israelis might have been dead Tuesday night if not for the alert eyes of a unit of Givati soldiers, who spotted a cell of five terrorists emerging from a tunnel shaft, ready to infiltrate and carry out a terror attack in Israel.

The soldiers spotted the terrorists suddenly emerging from a tunnel shaft late Tuesday afternoon. The terrorists, realizing they were identified, fired and the battled was joined, with the IDF soldiers also opening fire. All five operatives in the cell were killed.

During the fire fight, the IDF soldiers discovered the terrorists were loaded with numerous explosive packs, ready to be carried into suicide missions and other terror attacks.

The terrorist tunnels present an unacceptable risk to Israeli communities especially along the Gaza border, and elsewhere in the country as well, government leaders have said.

Terrorists are using the tunnels to infiltrate Israel to kidnap citizens, carry out attacks and import weapons and ammunition. As a result, eliminating the tunnels has become a priority for the IDF in Operation Protective Edge.

An IDF spokesperson also revealed that earlier in the day, an armored unit identified terrorists firing anti-tank missiles; the IDF tanks returned fire and knocked out the source.

No IDF soldiers were injured in either battle. 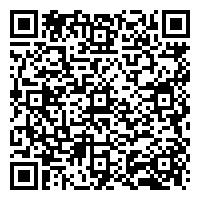