The anti-Zionist NGO Yesh Din announced Tuesday night that the solution of moving the Amona residents to a nearby location where the land belongs to absentee landlords and could therefore be appropriated by the state “was never a possibility,” because those plots “have never been abandoned,” Walla reported. The NGO, which receives an annual budget of approximately $1.6 million from the EU, the UK, and a long list of European organizations, urged the Netanyahu government to “focus on its duty the evacuate Amona instead of trying to shirk its responsibility in many different ways.”

The Regulation Act attempting to deal with Arab claims against existing Jewish communities in Judea and Samaria was approved by the Knesset in a preliminary vote Tuesday, but only after the Habayit Hayehudi bill’s sponsors agreed to drop item 7, which says the new law would include retroactively the Arab claimants against Amona. In return, Attorney General Avichai Mandelblit promised his support to a solution that would include moving the expelled residents to a nearby three legal locations.


Now it turns out that Yesh Din has petitioned the Supreme Court regarding the ownership of two out of the three plots, which means the state may not declared the owners absentee landlords and may not appropriate them.

Initially, according to the proposal agreed upon by PM Netanyahu and Habayit Hayehudi Chairman Naftali Bennett and approved by the AG, the 42 Amona families were going to be moved to a 4.1 acre area. One of the plots was disqualified as unfitting for construction, leaving the remaining three plots which amount to 3.28 acres, where the new plan called for constructing 31 homes really close to one another.

The Amona residents, who were originally willing to go along with the new plan, are now fiercely against it, as one resident argued, “It amounts to stuffing us in caravans in a relocation camp, it doesn’t make sense.” 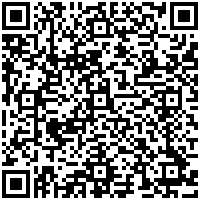