The residents of Amona, which is slated for demolition by court order Dec. 25, last night received the final outline regarding their future location, care of Habayit Hayehudi. The full text, twitted by Channel 2 News’ Ofer Hadad, is a “dream package” in his opinion. However, Hadad notes in a separate tweet, the outline reveals the state’s sense of uncertainty about its ability to carry out the promised relocation on the same mountain, facing potential hurdles from the Supreme Court. On the other hand, Hadad points out, the choice is between an eviction in a few days without any promises, and this statement of intent to help from the coalition government.

The outline, which the Amona residents are expected to sign in short order, possibly on Wednesday, acknowledges that the court order will be carried out either on Dc. 25, or a month later, if the court will agree to a one-month extension.


The state will immediately provide 11 mobile homes on the 1.5 acre absentee landlord’s area 38, to be assigned to Mateh Binyamin regional council for construction.

In addition, the state will provide some 40 mobile homes in lots near Amona, in the same manner as area 38. The lots in question are abandoned lots 28, 29, 30, and 54. These will be appropriated by the state.

Over the next two years, the government will examine the possibility of a long-term settlement in the appropriated areas. The state will meanwhile appeal to Jerusalem magistrate court to excise claimed land plots from the abandoned ones, to form a legally contiguous area for settlement that will nor be vulnerable to future claims.

Should court delays not allow for the above plans to swing into motion, the state will prepare temporary housing solutions for the evacuees in nearby Ofra, at the foot of the Amona mountain. 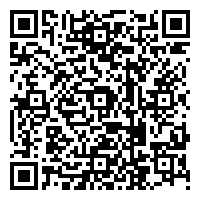