An 80-year-old man was arrested in the Tel Aviv suburb of Bat Yam on Tuesday evening after allegedly burning down his neighbor’s sukkah, the temporary hut or booth in which Jews eat meals and gather for the seven-day holiday of Sukkot, also known as the Feast of Tabernacles. The holiday begins at sunset Wednesday.

Police officers from the Ayalon district who were summoned to the scene found the sukkah engulfed in flames.


They were told by the suspect that he didn’t like where his neighbor wanted to build his sukkah, who then nevertheless built it on the site.

Seeing the sukkah on the spot he had rejected, the old man said he decided to simply burn it down, according to a report by Rotter.net.

Police officers brought the suspect to the precinct for further investigation.

Where Am I: On the Beach 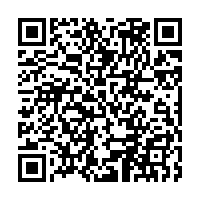