The American Historical Association today, Jan. 5, defeated an attempt by a splinter group “Historians Against the War” to introduce two anti-Israel resolutions to its full membership, according to a report in the cutting-edge academic website Legal Insurrection.

Apparently the AHA is not as thoroughly infiltrated by the intolerants demanding tolerance, and a Boycott of, Divestment from and Sanctions Against Israel (BDS) resolution was not presented.


Instead, one of the resolutions HAW wanted the full AHA to vote on called for “Academic Freedom of U.S. Citizens Visiting Israel and Palestine,” and the other was for “Protecting the Right to Education in Palestine-Israel.”

The resolution demanding academic freedom deplores the efforts by the Israelis to place limits on the numbers of foreign nationals to lecture, teach and attend conferences at Palestinian Arab universities.

The HAW Protecting Right to Education resolution claims that Israel violates its obligations by “refusing to allow students from Gaza to travel in order to pursue higher education abroad, and even at West Bank universities.” Imagine that. Israel demands the right to protect its own borders against a culture and government dedicated to destroying the Jewish State. The nerve.

A motion was introduced at the meeting on Monday to try and get the anti-Israel resolutions considered at the AHA’s business meeting. This unusual procedural move was necessary because the HAW failed to submit a request to have their resolutions considered before the November 1 deadline.  These are professors, mind you, neglecting to submit the necessary request on time – somewhat ironic, no?

But the motion to get the anti-Israel resolutions through the business meeting and then before the full membership for a vote failed. The vote was 144 against, 54 in favor and three voting present. 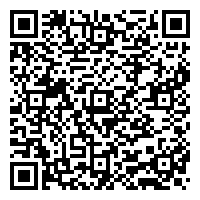