A 1943 vintage Danish fishing boat which rescued Danish Jews during the Holocaust is in the process of being moved and restored, ironically enough, thanks to an anti-Semitic phone call.

The boat had been deteriorating for a while, but since the museum doesn’t charge for admission, raising money for a restoration project wasn’t exactly easy – until conservator Braeden Howard received an “obscene anti-Semitic” phone call and posted the anonymous diatribe on YouTube.


“The Glenn Beck Show” got wind of the rant and shared it with viewers. Since then, the Houston Holocaust Museum has raised over $200,000 for the restoration of the boat, exceeding the estimated price tag for the 7-ton landlocked vessel.

TNT donated a crane, a shipyard donated a new and better cradle, and craftsmen have donated their skills.

Acting in response to a German roundup of Jews in 1943, the Danes organized a boat lift to smuggle Jews to neutral Sweden. Using a boat like this one, they were able to save 7,200 Jews.

This article was written for JTA by By Jillian Scheinfeld 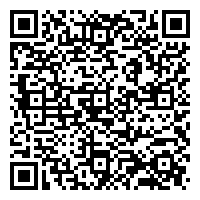