Jewish students at the University of Buffalo were threatened this month by anti-Semitic scrawls discovered on a wall in the men’s bathroom at Capen Hall. The vandalism “threatened violence against Jewish people and used a derogatory slur,” according to the campus newspaper, The Spectrum.

In response, the university’s police force increased patrols near the Hillel of Buffalo in The Commons as a precaution, and patrolled campus locations where students were celebrating Purim last week.


The university’s Deputy Police Chief Joshua Sticht called it was an “isolated” incident, according to The Spectrum, but students say anti-Semitism on the campus has happened before, albeit less severe.

“I”ve never seen any form of anti-Semitism like that before,” Jewish Student Union (JSU) president Andrew Meyer told The Spectrum, but noted “I’ve seen swastikas in the past.” However, he added, “that is nothing compared to this.”

Meyer said what was found on the wall is “the most horrific and derogatory term” used against Jews.

It has already been removed, and photos are not available to media.

The newspaper did not print the threats nor did it publish the photos that were sent to The Spectrum. The school’s maintenance staff and the students apparently did nothing about the vandalsim for at least two weeks, according to the report, which cited grave concerns over that apathy.

Meyer pointed out that students have to raise awareness that “any form of anti-Semitism or racism is not OK and they must report anything they see immediately.” He also met with Student Life and Student Association (SA) president Minahil Khan, who said the group is working with the university police and Student Life in “any way that they might need.”

University of Buffalo spokesperson John Della Contrada said in a statement that racist and discriminatory conduct would not be tolerated.

“When acts motivated by hatred or discrimination occur, the university will respond promptly to protect the safety and well-being of the entire university community. Diversity, inclusion and mutual respect are strongly held values of our university. We are committed to upholding these values at all times.” 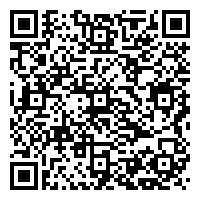