The appointment of Colonel Eyal Karim as the next IDF Chief Rabbi has been held up by the High Court of Justice.

The court issued a temporary injunction Monday against the appointment, and asked the rabbi to file a deposition clarifying his positions on the issues of homosexuality, women, and refusal of orders by IDF soldiers.

The move comes in the wake of past comments by the rabbi, and in response to a petition filed by the Meretz party against his appointment.

Chief Justice Miriam Naor said during a hearing on the matter that the Court wants to hear what e rabbi has to say about it, “What his position was then, what it is now, and whether he has changed his mind,” Ynet reported Monday.

In the past, the rabbi has expressed opposition to homosexuality (as does the Torah), military female enlistment in the current situation, and discussed the Torah laws regarding rape during wartime. His remarks, posted on the Kipa religious website, were taken out of context as has happened with many other rabbis who have taught classes on similar issues in the past.

“Col. Karim asks to clarify that his statement was issued as the answer to a theoretical question and not in any way whatsoever a question of practical Jewish law,” said the IDF Spokesperson’s Office in a response to the furor raised by Meretz and women’s groups over the rabbi’s remarks. “Rabbi Karim has never written, said or even thought that and IDF soldier is permitted to sexually assault a woman in war—anyone who interprets his words otherwise is completely mistaken. Rabbi Karim’s moral approach is attested by his years of military service in command, combat, and rabbinical positions in which he displayed complete loyalty to the values and spirit of the IDF, in particular the dignity of the person.”

Rabbi Karim, 59, is an alumnus of Bnei Akiva Nachalim and Yeshivat Ateret Cohanim. He has served as a combat paratrooper and as a commander of the elite reconnaissance unit prior to serving as head of the Rabbinate Department in the Military Rabbinate. 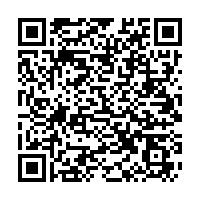