Three of the suspects are on the wanted list for terrorist activities.


IDF soldiers and Israeli Police officers working together with intelligence agents operating in the city of Hebron, meanwhile, seized thousands of shekels during a raid on a location in the area.

The money had been sent to the city from various terrorist organizations with messengers and handed over to specific contact people in the city, according to intelligence reports. Israeli personnel arrested the “contact” people along with the money on Wednesday night.

All personnel returned safely to base. 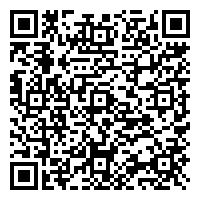