This morning, Thursday December 24, a worker who had previously worked at the Israeli Ministry of Health was sentenced following a serious security-related trial which lasted seven month between June 2014 – January 2015.


The trial was concluded following a serious security related trial for his attempt to join the terrorist organization, ISIS.

According to the indictment, Halil Halil, a 25-years-old resident of Abu-Tur, a mixed Jewish-Arab neighborhood in Jerusalem sought to join the ranks of ISIS in Syria when he attempted to exit the country illegally to Turkey en route to Syria.

Halil was caught however, by chance misfortune, when he attempted to cross the border from Turkey to Syria. Moreover, Halil stood accused of establishing contact with a foreign agent in Turkey and also attempted to connect with activists and with illegal associations such as ISIS.

According to the indictment, Halil first made contact with ISIS members in Israel by way of social media videos and Facebook.

The official sentencing, by Judge David Minetz, read “In light of all the information and after weighing up of all considerations I sentenced the defendant to 24 months in prison on condition that if he commits any offence to the security of the state during the first three years following his release from prison he will be immediately reimprisoned.”

Following the sentencing Halil’s attorney, Wasim Darosher, told TPS that “The supreme court accepted the majority of defense team’s positions and concluded that the crimes were personally motivated rather than national.” 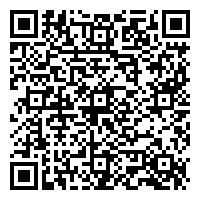