A deeply disturbing video was broadcast on Israel’s Channel 10 television news Wednesday night that has shaken most of Israel’s population and its leadership.

The footage shows radical Jewish youths celebrating at the wedding of a well-known extremist couple. The celebrants are seen dancing to music and waving around guns and knives, one stabbing a photo of an Arab couple and their baby who died in this summer’s arson of their home in Duma.

The film was screened in the office of Defense Minister Moshe Ya’alon with various activists present. Israel Police have opened an investigation into the video as well.

Prime Minister Benjamin Netanyahu condemned the video, saying, “The shocking pictures that were broadcast this evening show the true face of a group that constitutes a danger to Israeli society and to the security of Israel. We are not prepared to accept people who deny the laws of the state and do not view themselves as subject to them. The pictures underscore how important a strong Shin Bet is to the security of us all.”

Israel Chief Ashkenazi Rabbi David Lau said in a statement: “Such acts are not the way of Judaism. It’s a rejection and repudiation of the values of the Jewish people, of the Jewish Torah, and of the uniqueness of the Jewish people. Parents and educators must take it upon themselves, along with law enforcement, to do everything possible to prevent such horrifying identification with acts of terror and appalling murder.”

The Tzohar organization of religious Zionist rabbis also issued the following statement following the broadcast: “The deeply disturbing video clip should be viewed as a source of disgust and embarrassment for all of Israeli society. We call on all rabbis, political leaders and educators and all those who claim to represent these extremist evildoers to condemn their actions and positions in all ways possible and work to expel them from our midst. Our responsibility must be to defend and support our security forces who work tirelessly every day and night to defend us from those enemies who are committed to our national and personal destruction. “It is with the utmost pain that we view the phenomenon of encouraging violence against innocents. Such behavior is against the spirit of the Torah and against the most basic values which we hold dear.”

Avi Ro’eh, chairman of the Council of Judea and Samaria, viewed the complete footage in Ya’alon’s office and said he was completely stunned. “There were parts that I couldn’t watch. It’s shocking. We couldn’t believe there are such radical youths. This is a group that doesn’t belong to anything, and certainly not to us. What I was afraid of is occurring – we are being forced into a defensive position, even though I feel that we don’t have to defend ourselves. There will always be a few politicians who will try to goad us. These things don’t happen in our neighborhood.”

MK Betzalel Smotrich of the Jewish Home party said the the video illustrated the “evil price tag ideology,” which he said “is not the way of religious-Zionism, period… The demonic dance with the picture of the murdered baby represents a dangerous ideology and the loss of humanity,” he added.

The investigation into the arson murder that took the lives of the Dawabshe couple and their young baby continues; their four-year-old son is still receiving medical care at an Israeli hospital, with his grandfather by his side. 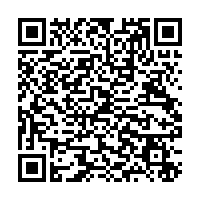