(Israel Hayom via JNS) An Arab-Israeli woman in her 20s has been sentenced to 30 months in prison for spying for Hezbollah.


Maibat Masarwa was convicted by the Lod District Court on charges of contact with a foreign agent and passing information to an enemy, after she admitted to photographing defense sites and sharing the pictures with a Hezbollah operative.

According to the indictment, a Lebanese Hezbollah operative contacted Masarwa on Facebook in 2018 and asked her to take pictures from inside Israel.

Masarwa provided the operative with 12 images of military vehicles, the border fence near Rosh Hanikra and Iron Dome batteries, among other things. According to the indictment, Masarwa went out of her way, driving to far-off destinations, to take the pictures in question.

Masarwa also sent the operative pictures of Rambam Health Care Campus in Haifa following an incident between the Israel Defense Forces and Hezbollah on the country’s northern border.

According to Masarwa, she initially believed the operative to be an Israeli citizen, as he had communicated with her in Hebrew. She said that he later presented himself as a Lebanese journalist looking for information and images for a story he was writing on the status of the countries’ relationship.

She said that she had acted out of ignorance, and cut off all contacts with the operative when his requests grew suspicious. 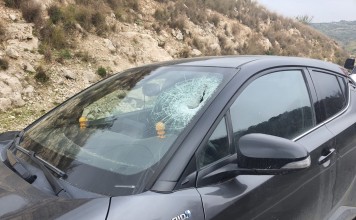