A school bus, transporting students from the Chitzin yeshiva was shot at on Sunday evening. The attack happened near Huwara, which is near Shechem.

The windows of the armored bus show signs of multiple impacts, but no one was injured.

UPDATE: The IDF reports that the projectiles shot at the bus were metal ball bearings, and not bullets.

This is the second time in the past month that Arab terrorists have targeted the bus driver of a school bus.

“Forces are searching the area for the perpetrator,” an IDF spokesperson said in a statement to media.

In a separate attack, Arab stoned a bus between Adam and Hizmeh, damaging the front windshield.

MDA is treating the bus driver who is lightly wounded, and 4 passengers for shock. 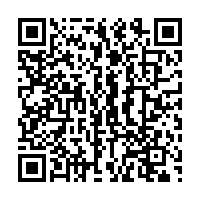