It was dry and cozy at the Harvard Club in Manhattan, where NY Gov. Andrew M. Cuomo on Sunday announced a new executive order that bans companies supporting a boycott of Israeli products from doing business with NY State agencies. Outside, on Fifth Avenue, the stubborn marching groups of the 52nd annual Celebrate Israel parade were pushing ever forward under the persistent rain.

Gov. Cuomo spoke to an audience that included many Jewish leaders and lawmakers, describing the BDS movement as an “economic attack” on Israel. “We cannot allow that to happen,” the governor said, according to the NY Times. “If you boycott against Israel, New York will boycott you.”


Mr. Cuomo signed the executive order, and then joined the wet masses in the parade.

The BDS usual suspects, such as the movement’s Qatari founder Omar Barghouti, called Cuomo’s move part of Israel’s “legal warfare against BDS,” and complained that Israel was trying to “delegitimize the boycott.” Mostly because the boycott represents an effort to delete, not just delegitimize Israel.

The governor later tweeted: “What a great honor it was to march in the @CelebrateIsrael parade today.”

It may have rained on Sunday in Manhattan literally, but it didn’t rain on Israel’s parade figuratively, as the Broadway Cast of Fiddler on the Roof, the band SOULFARM, – the Paprim Ensemble Dancers of Israel Dance Institute, and the Maccabeats — to name but a few — did their thing down the avenue.

Finally, this is the complete list of the marching groups: 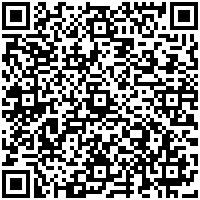