On the sixth night of Chanukah, another miracle took place in the holy city of Jerusalem.

An Israeli driver and passengers narrowly escaped death while being targeted by rock-throwing Arab terrorists who succeeded in smashing the car windshield and damaging the side panels as it traveled through the Wadi Joz area of Jerusalem on Thursday night.


The neighborhood is located in the eastern section of Jerusalem, at the head of the Kidron Valley, north of the Old City.

None of the passengers were physically injured.

Earlier in the evening, another Israeli driver was attacked near the Issawiya neighborhood in Jerusalem as well. 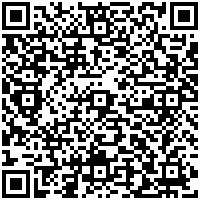