Israeli security forces came under attack Thursday night while patrolling the heights above the Jerusalem Arab neighborhood of Issawiya.

Earlier in the evening, an Israeli driver had been attacked while traveling near the neighborhood.

Security sources told the Hebrew-language 0404 website that the firebombs exploded, damaging the back window on one of the patrol vehicles.

The roof was damaged on the second vehicle due to the flames from the firebombing, according to the report.

None of the security forces were physically injured in the attack. 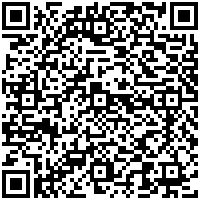