The vandals destroyed the electric system, but the Jews, under IDF protection, lit a menorah on the sixth night of Hanukkah, which commemorates the victory of the Maccabeans over the Greek conquerors who desecrated the Holy Temple nearly 2000 years ago.


Israel surrendered open access to Joseph’s Tomb in 2001 after a terrorist attack, allowing a violation of the Oslo Accords protecting the rights of all religions to visit holy sites to become an accepted principle.

The “Alternative News. Org” website reported, “1,000 Israelis raided the northern West Bank area of Nablus [Shechem] Sunday night to pray at Joseph’s Tomb, located on the outskirts of the city….

“Joseph’s Tomb is located in Area A of the West Bank, under full security and administrative control of the Palestinian Authority (PA). Although entry into Joseph’s Tomb requires permission and coordination with the PA, the Israeli civilians and troops entered without either.”

Every time a Jew visits the Temple Mount or Joseph’s Tomb, and soon the Dead Sea can be added to the list, it is a “raid.”

As for the report that they entered without permission, the IDF told The Jewish Press Monday morning that simply is not true. “There was coordination,” a spokeswoman said.

Alternative News also conveniently omitted the wording of the Oslo Accords that specifically reserves the rights of Jews to visit Joseph’s Tomb, among others, and requires “both sides shall respect and protect the listed below religious rights of Jews, Christians, Moslems and Samaritans.” 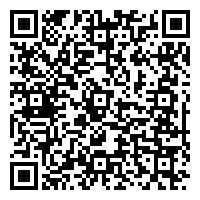