Biblical archaeology was revolutionized several years ago when evidence of the existence of the kingdom of David was brought to light in the form of a fortified Iron Age town excavated in the Elah Valley by Hebrew University Professor Yosef Garfinkel and Israel Antiquities Authority (IAA) archaeologist Sa’ar Ganor.


The place was described by the Bible as the location of the battle between David and Goliath. The highlights of the findings of the Elah Valley excavations are now to be presented to the public for the first time at an exhibition scheduled to open at the Bible Lands Museum in Jerusalem on September 5.

“Archaeology cannot find a man and we did not find the remnants linked to King David himself,” Professor Garfinkel told Tazpit Press Service (TPS). “But what we did find is archaeological evidence of the social process of urbanization in Judea.”

According to Prof. Garfinkel, the evidence of urbanization fits in with what is described in the Bible as the establishment of the Kingdom of David, when small agrarian communities were replaced by fortified towns. “The chronology fits the Biblical narrative perfectly. Carbon tests performed on the olive pits found in Khirbet Qeiyafa show the town was built at the end of the 11th century BCE,” Garfinkel explained.

Two phenomena particularly attracted the attention of Garfinkel and Ganor when they began excavations at the site of Khirbet Qeiyafa about 10 years ago. Numerous iron stones were found and a wall of unusual form, with hollows in two places, enveloped the site.

The archaeologists only realized in the second year of their excavations that they had found a fortified town from the Iron Age that perfectly fit the description of the Biblical town of Sha’arayim. The name in Hebrew means “two gates,” and the hollows in the modern wall, built on top of the ancient one, were precisely in the same place as the previous existence of two gates, which is quite a rarity for a relatively small town.

The geographical location of the town also fits right in line with the Biblical depiction of Sha’arayim, mentioned in the context of the aftermath of the battle between David and Goliath when the Philistines “fell on the way to Sha’arayim.” The town is also mentioned in the Book of Joshua as being situated near Socho and Azeka, two archaeological sites surrounding Khirbet Qeiyafa.

Other remarkable finds at the site include two inscriptions in the Canaanite script that are considered to be the earliest written attestation to date as to the use of the Hebrew language. A pottery shard contains the distinctly identifiable Hebrew words, “king,” “don’t do,” and “judge.”

The Bible Lands Museum exhibition, “In the Valley of David and Goliath” will feature the pottery shards as well as a clay model of a shrine found at the site and the huge stones used in the wall around the town. “Although I led the excavations, I myself was amazed to see the different pieces brought together in a way that allows visitors to get a clear picture of how the town looked and that gives them an opportunity to go back in history to the times of the kingdom of David,” Professor Garfinkel said. 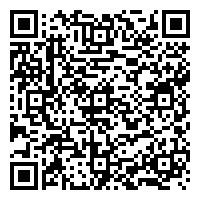