Four suspicious-looking Arabs in what first appeared to be a stolen vehicle dodged the initial security checkpoint at the entrance to Ben Gurion International Airport on Tuesday headed for Terminal 3, with police in pursuit.

The car and its occupants came up against an obstacle, however, at the main entrance gate, where police were waiting.


According to a report on the Hebrew-language Rotter.net website, two of the passengers reportedly jumped out of the car and tried to climb over the gate — but were overpowered by Israeli security guards.

All four were arrested and transferred to security personnel for interrogation after initial questioning by Israel Police.

An Israel Police spokesperson at the airport said in a statement the four suspects “broke the first gate with a private vehicle.

“The driver ignored instructions by security personnel to halt and continued driving towards Terminal 3,” he continued.

“As a result, security personnel pursued the vehicle, which was stopped by the main gate. The passengers got out and fled on foot, but were quickly captured by Ben Gurion Airport security forces and detained by Israeli police.

“An initial investigation reveals the individuals are Israeli citizens and the vehicle was not stolen. The reasons behind the incident are under investigation.” 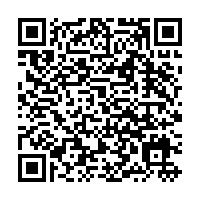