A 23 year old Massachusetts man was arrested last week after authorities saw him taking steps in furtherance of a plot to murder Americans on a college campus on behalf of ISIS. The criminal complaint was unsealed on Monday, July 13.

The man, Alexander Ciccolo, bought a pressure cooker and told a cooperating witness that he planned to execute students live on the Internet and to blow up dorms and a cafeteria at an unnamed state university. In recorded conversations with that witness, Ciccolo said he planned to set off improvised explosive devices, such as pressure cookers filled with black powder, nails, ball bearings and glass.

Ciccolo is the son of a Boston police captain. The father is the person who alerted authorities that his son was obsessed with ISIS. The two have been estranged for several years.

Ciccolo said he wanted to go overseas to fight for ISIS. He was inspired by the Boston Marathon bombing, and recently purchased a pressure-cooker, which is what was used by the Tsarnaev brothers as part of the bombs they used for the explosions they caused.

These incendiary devices contained a specific mixture that Ciccolo had previously stated would cause the fire from the exploded devices to stick to people’s skin and make it harder to put the fire out. Several devices would be placed around the campus in advance of the attack which would take place in the cafeteria at lunchtime so that it would be “packed.”

Before Ciccolo settled on murdering students at the college, he had planned to attack a bar near the school. He directed the witness to the Facebook page of a bar which promoted a celebration of the recent U.S. Supreme Court decision legalizing gay marriage. He wrote to the witness:

This is our target. I collected a lot of info on this place. It also supports the f*****s, so even better to destroy them, bi’idhnillah [Arabic phrase for “with the permission of Allah.”]

The site of the attack was changed because there would be more victims of an attack on a college campus. The attack, according to Ciccolo, should be done before the end of Ramadan. He also told the cooperating witness that Muslim students would be allowed “to help, sit tight or leave.”

On July 3, Ciccolo purchased the pressure-cooker at a Walmart in Northwestern Massachusetts where he lived. The next day, Ciccolo purchased two rifles and two pistols from an undercover agent, and was arrested shortly afterward. Ciccolo had previously committed a crime  (a DUI) which carried a sentence of more than a year, and therefore he was prohibited from purchasing firearms.

When taken to a hospital for a routine examination, Ciccolo stabbed a nurse in the head with a pen. He stabbed her so hard the pen broke in half.

After his arrest Ciccolo waived his Miranda rights (““You have the right to remain silent. Anything you say can and will be used against you in a court of law. You have the right to an attorney. If you cannot afford an attorney, one will be provided for you. Do you understand the rights I have just read to you? With these rights in mind, do you wish to speak to me?”) and reaffirmed his support for ISIS.

The detention hearing for Alexander Ciccolo will take place on Tuesday, July 14, at the U.S. District Court in Springfield, Massachusetts. He has been held in a facility in Rhode Island since his arraignment last Monday. 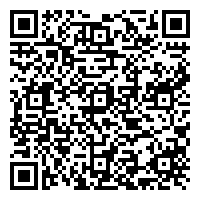