The era of Israel’s freeing terrorists for the return of Israelis, dead or alive, may be over.

Israeli media, which previously have beaten the drum for deals that reached the point of a “1,000 to 1,” meaning giving up 1,000 terrorists and security prisoners for the return of one person, namely Shalit.


The left-leaning establishment media campaigned day after day and even tried promoted tossing in the deal Marwan Barghouti, who is serving five life terms for involvement in the murders and crippling injuries of hundreds of Israelis in suicide bombings and other attacks.

Freeing Barghouti, who continuously polls as the most popular leader in the Palestinian Authority, would have paved the way for him to replace PA chairman Mahmoud Abbas.

The same newspapers that championed the Shalit deal now are headlining that it cost the lives of six Israelis since 2014. The last victim was Malachi Rosenfeld. One of those arrested for his murder is Hamas terrorist Ahmad Najjar, who allegedly funded and organized the killing and who previously was jailed for involvement in the murders of three Israelis.

Ten years after the same media, who now admit that maybe they were wrong to violate every rule of journalism in order to pressure the Knesset to vote to withdraw every last soldier and expel every last Jew from Gaza in the euphemistically-called Disengagement Plan, now have a bit of guilt for the blood spilled by the Shalit deal.

The ghastly aftermath of the expulsions – thousands of missile attacks on Israel, including Tel Aviv and an Iranian-backed Hamas army in Gaza  – may serve as an obstacle to more ideas of mass expulsions.

The bloody results of the Shalit deal may serve to prevent deals that turn human beings into trading cards.

Besides the obvious illusions in the expulsion and prisoner-exchanges, some of which the government made into a farce by making sure terrorists signed on the dotted line that they would be good boys and girls and not return to terror, there is one other factor that may have influenced the leftist media.

The success of the center-right Yisrael HaYom freebie newspaper has knocked the socks off the bleeding-heart media, mainly Yediot Acharonot, which used to be read by an overwhelming majority of Israelis.

If the deaths of Israelis at the hands of freed terrorists, who promised to behave nicely, and from missiles fired from where Jews used to live in Gaza did not teach it a lesson, the loss of readership and advertising money does the trick. 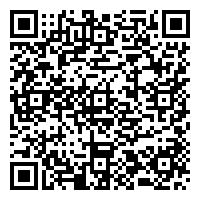