“Art and science, research and teaching shall be free,” according to Paragraph 3 of Article 5 of the German constitution, reports German radio service Deutsche Welle, asking: But how far can this freedom extend, in a country that only 70 years ago-give or take a year—inflicted slavery and mass murder on the world?

In other words, can you yell Zig Heil in a crowded Germany?

“The use of symbols of unconstitutional organizations”—of which the Hitler salute is way up there, is an offense under German criminal law. Anyone found guilty of the offense, regulated under Section 86a of the Criminal Code, faces from a fine to three years in jail.

But there’s a paragraph in the same law stating that such behavior is not punishable if it involves art.

I’m sure they were thinking about making WW2 movies, which are just unthinkable without those unconstitutional symbols.

The question of how much art is required to protect how much Nazi will surely be answered today, Thursday, in the District Court of Kassel, where German artist Jonathan Meese is standing trial. The state prosecutor has accused him of raising his arm twice to make a so-called Hitler salute in public.

A painter, sculptor and performance artist, Meese is viewed as one of the most provocative figures of Germany’s contemporary art scene. The salutes of which he is accused were made at the event “Megalomania in the Art World,” organized by the German news magazine Der Spiegel in Kassel in early June. Meese had been invited as an expert on both “art and megalomania.” During the public discussion, he advocated what he termed “the dictatorship of art.”

The judge today will decide, hopefully, whether the art clause applies here, or should the provocative Herr Meese be prosecuted for doing the Nazi.

Meese told Der Spiegel magazine: “Of course I am innocent. What I do on stage and in the name of art is protected by the artistic freedom clause in the German constitution.”

So, should artists be allowed to employ gestures and symbols that may be hurtful to other people?

“I can say with good reason that what Meese does is absolutely tasteless,” Peter Raue, an attorney and art expert, told DW. “But tastelessness has never been a boundary for artistic freedom. Rather it’s an intrinsic part of art.”

According to Raue, “Meese has a crazy idea. In a nutshell, if everyone can use the Hitler salute, then it’s no longer taboo.”

Come to think of it – not so crazy. Loaded words lose their punch once they become commonly used. I’ve seen this phenomenon since coming to Israel, where the locals are using the F word freely, including on television, not realizing that Americans hearing it being so openly used respond with an involuntary shock. The Israelis are simply unaware of the special, provocative place the word has in Anglo-Saxon culture, and so, here, it has none of the powers it wields in America or England. As a result, I find myself less shocked each time I hear it used on television. So, maybe the best way to free Germans from the mystique of the Zig Heil is to let them do it a lot. 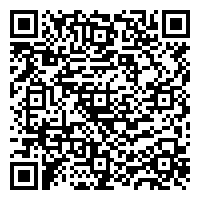