The principal of a private school in Alice Springs, a remote town in Australia’s Northern Territory, halfway between Darwin and Adelaide, has apologized for the fact that a student who came to a Book Week assembly dressed as Adolf Hitler was cited as best dressed participant, while a group of visiting exchange students from a Jewish school in Melbourne were watching, ABC reported.

Roger Herbert, principal of St Philip’s College in Alice Springs, said the school deeply regretted the decision to allow the student to come dressed as Hitler to the special assembly for Book Week. Principal Herbert apologized profusely to both the Jewish students and to the principal of Bialik College in Melbourne.


“We got them together and apologized and they were fantastic, absolutely fantastic, and accepting,” Herbert ABC, adding, “We also contacted the school to say look, this had happened, please understand.”

Jeremy Stowe-Lindner, the principal of Bialik College, told ABC, “I understand that no malice was intended and I guess the coincidence of Jewish children visiting from Melbourne is a learning opportunity for the community, and that the principal assures me this is number one priority.” 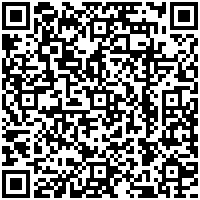