U.S. Secretary of State and Russian Foreign Secretary Sergei Lavrov shook hands Friday on a deal to impose a new cease-fire in Syria after marathon talks in Geneva. More than half a million Syrians have died since the start of the savage civil war that has raged in the country since March 2011.

The truce is scheduled to begin Monday together with the start of the Islamic holiday of Eid al-Fitr.


But few have faith the deal will hold up for more than a few minutes.

The Free Syrian Army (FSA), itself little more than a name on paper for a collection of secular opposition groups backed by the West, quickly dismissed the possibility that this time the deal would bring peace.

Fares al-Bayoush, head of the FSA’s Northern Division group, pointed out that Russia and Syrian government troops had not complied with the previous cease-fire. Likewise, Captain Abdul Salam Abdul Razak, military spokesperson for the Nour al-Din al-Zinki Brigades opposition group said the agreement would only give government troops the opportunity to gather forces and reinforce troops in Aleppo with more Iranian-backed military forces.

British Foreign Secretary Boris Johnson also welcomed the agreement but reminded that “broken promises” had been heard before, The Guardian reported. “I call on all parties to the Syria conflict and all countries with influence upon them to do what is needed to end violence and lift sieges,” he said. “In particular, it’s vital that the regime in Damascus now delivers on its obligations, and I call on Russia to use all its influence to ensure this happens.”

Turkish Foreign Minister Mevlut Cavusoglu told Kerry by phone on Saturday that Ankara welcomes the cease-fire. Two and a half weeks ago, Turkey launched its own invasion of Syria after dealing with an endless flood of Syrian refugees through its southeastern border, and numerous “overflow” attacks from the war. Now Ankara has said it will provide humanitarian aid to Aleppo, in northern Syria, in cooperation with the United Nations, following the cease-fire.

It’s not the first time such a cease-fire has been proposed the same two parties; just six months ago, a similar truce was made, and violated repeatedly by both sides almost immediately. Before that, the two sides worked out a cease-fire deal in 2013. That one didn’t happen, either.

Kerry told reporters at a joint news conference with Lavrov, “The United States is going the extra mile here because we believe Russia and my colleague have the capability to press the Assad regime to stop this conflict and come to the table and make peace.

“Out of complexity in Syria, there is emerging a simple choice between war and peace,” he said.

The plan is for the U.S. and Russia to establish a joint operation center to coordinate military efforts against the Da’esh (ISIS) and Al Qaeda-linked Jabhat al-Nusra terrorist organizations.

Russia informed President Bashar al-Assad about the agreement and, according to Lavrov, the regime agreed to comply. Although the terms were documented and agreed to by both sides, they would not be made public, he told reporters, according to the UK-based newspaper, The Telegraph.

The deal rides on Russia’s ability and willingness to stop attacks by the Assad regime and its allies, and the same cooperation by the United States to halt attacks by “moderate” opposition forces who unite with Al Nusra and other radical Islamists when it suits their needs.

Other forces that have become involved in the Syrian conflict include Iran and Hezbollah, Saudi Arabia, Qatar, Turkey, and the Kurds.

It’s a coin toss whether anyone will actually pay more than five minutes’ attention to the terms of the deal in Damascus this time — and some bookie is probably making good money on the estimates of how long the quiet will last, or if it will even be quiet at all by Monday night. 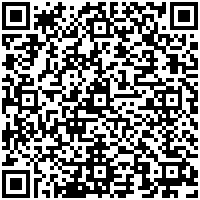