Last Friday, Israel’s Defense Ministry reacted sharply to the claim by President Obama that it, too, has reached the conclusion that the Iran nuclear deal improved security in the Middle East. The Defense Ministry, in an unsigned announcement, compared the Iran deal to the Munich accords of 1938, saying that the “basic assumption, that Nazi Germany could be a partner to any kind of agreement, was wrong,” and the world failed to prevent WW2 and the Holocaust, because world leaders at the time ignored the explicit threats made by Hitler and the rest of the Nazi leadership.

On Monday night, Defense Minister Liberman had to walk back his office’s statement, and apologize to the US. The Defense Ministry’s announcement Monday insisted the Friday release had been misunderstood by the media, and that “the State of Israel and the Israeli defense apparatus will continue to work in close and full cooperation with the US, out of a deep appreciation and mutual respect.” However, the new announcement explained, “Israel remains deeply concerned over the fact that even after the nuclear agreement with Iran, the Iranian leadership continues to declare that its central aim is the destruction of the State of Israel, and continues to threaten Israel’s existence with words and action.”

According to Ha’aretz, some 45 minutes after the Friday announcement, Prime Minister Netanyahu, who has had his own clashes with the current Administration, rushed to release his own statement, clarifying that “Prime Minister Netanyahu still believes that Israel has no greater ally than the United States.” Netanyahu then sent a senior advisor to US Ambassador Dan Shapiro, to explain that the Defense Minister had acted on his own, without Netanyahu’s approval.

On Sunday, the White House staff let the Israelis know they were fuming, and unable to understand how Israel chooses to attack the president in the midst of negotiating the biggest military aid package the US had ever awarded anyone on planet Earth.

Amb. Shapiro, who maintains a close relationship with Liberman, helped him out of this quagmire. He told him directly that unless he wants his name on the failure of the American military aid deal, he must apologize ASAP. Liberman understood, eventually, and for the first time in his career, apologized to a foreign entity. He pinned some of the blame on the media, but finally eked out an apologetic statement: “The difference between the positions of Israel and the US does not in any way diminish our deep appreciation of the United States and the president of the United States for their enormous contribution to Israel’s national security, and the enormous importance we attach to the strong alliance between the two nations,” the apology opened, and then delivered the needed specifics: “The Friday statement was not intended to make a direct comparison, neither historically nor personally [with the Munich accords]. We are sorry if it was interpreted otherwise.”

And he’ll never do it again. 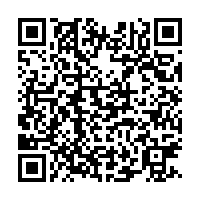