An Austrian government committee has backtracked on demolishing the house in which Adolf Hitler was born, and now instead says the building will remodeled.

Interior Minister Wolfgang Sobotka revised his remarks of the day before in which he told Die Presse the house would be “torn down,” telling media the building in the western town of Braunau au Inn “will not be recognizable.”


Several members of the committee said when discussing the future of the building that demolition might destroy the structure but would not end the fascination of the site for neo-Nazis and other Hitler admirers. Moreover, it would give the impression that Austria was trying to erase its history, rather than rectify it.

The three-story structure contains an apartment where Hitler was born. Nazi sympathizers from around the world converge before the 800-square meter property, which belongs to local resident Gerlinde Pommer, every year on Hitler’s birthday. The government has tried to purchase the property from Pommer, who has refused to sell, but in July legislation was approved by the government to finally seize the house and simply compensate her. The bill was to be debated Tuesday in the parliament.

Meanwhile, the government committee has suggested a “profound architectural redesign” — Sobotka’s interpretation had been the destruction of any “semblance” to the current structure, “especially its outer appearance.” Regardless, the committee report reflects opposition to leaving “an empty space instead of a building… A complete transformation or removal of the building is in principle suited to erase the place’s ideological connotation and dissolve the emotional ties with Hitler. But … a historical contextualization remains necessary,” the report said. 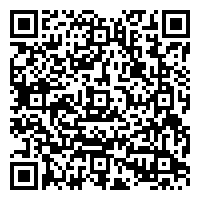