Egypt’s new president has backed away from announcing that pro-reform leader Mohamed ElBaradei would be the interim prime minister, ANI reports.

A spokesman for interim President Adly Mansour said that discussions of the interim prime minister continued.


He mentioned no other candidates but said there was no set date for the appointment of interim prime minister.

Earlier Saturday, opposition officials said ElBaradei was summoned by Mansour and would be sworn in later in the day as interim prime minister.

The spokesman denied reports that the appointment of the Nobel Peace laureate was ever certain.

According to Fox News, a senior opposition official, Munir Fakhry Abdelnur, said that the reversal was because the ultraconservative Salafi el-Nour party objected to ElBardei’s appointment.

After a night of clashes that claimed at least 36 lives and injured more than 200, both sides appeared to be preparing for the possibility of more violence.

Mansour also met with leaders of Tamrod, or Rebel, the youth movement that organized the mass anti-Morsi demonstrations, the report added. 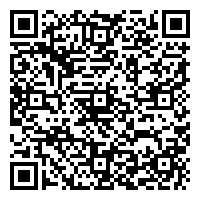