Egyptians officials have admitted that 278 people, including 43 policemen, were killed in Wednesday’s violence, while the Muslim Brotherhood movement claims that more than 2,000 were killed. The true numbers are likely somewhere between the two.

The death toll was the highest since the uprising in 2011 against Hosni Mubarak. Thousands were wounded on Wednesday, and supporters of deposed president Mohammed Morsi attacked at least seven Coptic Christian churches and more than 20 police stations.


Relative calm returned Thursday morning, but the crisis is far from over. The Egyptian military, now the official ruler of Egypt for at least 30 days, is trying to maintain a calmer position following the extreme condemnation of the violence by the United States and the United Nations.

Vice-president Mohamed ElBaradei, a pro-reform leader in the interim government, quit Wednesday night following the announcement of the month-long state of emergency.

The United States is considering canceling a joint military drill with Egypt that is held every two years. Washington already has postponed the delivery of four more F-16 warplanes to Egypt in light of the military coup that ousted Morsi from power. 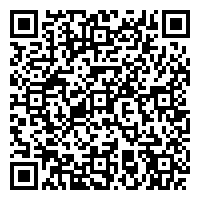