Convicted and jailed-for-life terrorist Marwan Barghouti published a letter from his prison cell Tuesday to urge Arabs to join an “armed resistance.”

“Choosing global and armed resistance” was being “faithful to Arafat’s legacy, to his ideas, and his principles for which tens of thousands died as martyrs,” he stated.


His letter of incitement on Tuesday was meant to commemorate Yasser Arafat on the 10 anniversary of his death and included an accusation that his “assassination” was the result of “an official Israeli-American decision.”

Barghouti repeatedly has been at the top of Palestinian Authority popularity polls. He is serving five life terms for his involvement in suicide bombings and other terrorist attacks that killed and wounded hundreds of Israelis.

He often has been mentioned to be ןincluded in some of Israel’s infamous deals to free terrorists in return for a lone soldier or corpses of victims of Palestinian Authority terrorism.

Israel’s left-wing establishment media almost succeeded at least twice in campaigns to place Barghouti on the list of terrorists to be freed, but sanity prevailed among Cabinet ministers.

Ma’an reported, “Barghouti has said he never supported attacks on civilians inside Israel and in recent years has thrown his support behind peaceful resistance.”

That is par for the course for the Palestinian Authority”s voluminous rewritten history.

It seems that is no longer politically correct in the Palestinian Authority, which has been supported by most Western leader, most notably President Barack Obama and with the notable exception of Canada, to claim that Israel must expel nearly 600,000 Jews from half of Jerusalem and all of Judea and Samaria and turn over all of their property to the Palestinian Authority.

And don’t forget the tip. With the expulsion demand said and done, a new demand from the Arab world is that Israel must pay damages for having stepping foot over the Green Line. 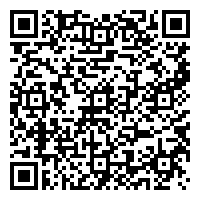