A beheaded body was found Wednesday in the Sinai Peninsua, bearing a note signed by the Ansar al-Maqdis terrorist organization. The note accused the victim of being an agent for Israel’s international Mossad intelligence agency, according to residents of a nearby village who spoke to Reuters by phone.

This is the eighth beheading to occur in Egypt’s Sinai region in less than a month. 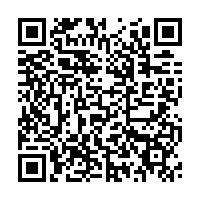