The Constitutional Court of Belgium has rejected a petition by parliamentarians who once again tried to ban shechita — the Jewish ritual slaughter of meat.

The lawmakers tried to neutralize the right of Jews and Muslims to maintain the religious ritual slaughtering customs that are necessary for the proper processing and consumption of meat in both faiths.

Belgian lawmakers had requested the court extend the reach of the nation’s law requiring an animal be stunned prior to slaughter to apply also to Jewish and Muslim slaughterhouses as well. Such an act is in direct opposition to religious Jewish kashruth and Muslim halal laws.

Faith representatives turned to the Belgian courts, where it was decided that any extension of the law to the religious communities would be a violation of their freedom to practice their religion.

European Jewish Association Rabbi Menachem Margolin emphasized at the time, and has since reiterated that the practice of “shechita” is the most humane method of slaughter, as it ensures the welfare of the animal not only at the time of the slaughter but also concerns itself with “the conditions in which animals are raised before their slaughter.” 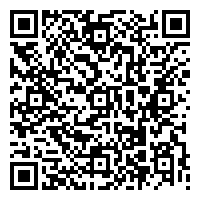