A Belgian watchdog on anti-Semitism warned it was preparing to take legal action against online propagators of a new anti-Semitic joke about the Holocaust.

The Belgian League against Anti-Semitism, or LBCA, issued the threat regarding a photograph of an oven with paper money inside, bearing the caption, “The Jew trap is set.”


The photo surfaced earlier this month. One of its early disseminators was a Twitter user from Belgium using the handle Simree Dikule. The picture was re-tweeted by thousands of additional users and also posted on Facebook by a student of the Bracops Lambert high school near Brussels, the La Capitale daily reported Tuesday. The student, who was identified only as “M.,” wrote on Facebook: “It’s racist, but it’s funny.”

“This disgusting and unacceptable new joke has a double insult,” said LBCA President Joel Rubinfeld. “It alludes to the anti-Semitic stereotype that Jews are greedy and to the crematoria that Nazis used to burn Jews during the Holocaust.”

Last year, a French court forced the California-based Twitter social network to divulge information on users who had disseminated anti-Semitic jokes. Twitter was sued by the UEJF French Jewish student union after the hashtags #unbonjuif (“a good Jew”) and #unjuifmort (“a dead Jew”) became hugely popular because they were used in what Le Monde termed “a competition of anti-Semitic jokes.”

Twitter argued that, as an American company, it adhered to U.S. laws on hate speech, which are far more liberal than those of France and many other European countries.

But the French court ruled that the French blogosphere and online interaction between French residents constituted French public space, where French legislation against hate speech applies. 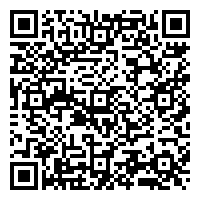