The “border with Syria has lately been full of jihad and Hezbollah terrorists, placing us with a new challenge, Prime Minister Binyamin Netanyahu told the Likud party caucus Tuesday.

Speaking shortly after a bomb, apparently planted by Hezbollah, exploded at an Israeli patrol and wounded three soldiers, he added, “We have succeeded to maintain quiet against the civil war in Syria, and we will continue to act with aggressiveness to maintain the security of Israel.” 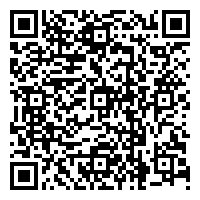