The president of the University of Liege in Belgium said he was “appalled” at philosophy students for staging a mock Gaza-themed initiation ritual of newcomers.

The invitation to the event, scheduled for Tuesday, was couched in an anti-Semitic language, reading ‘’your goal is to avoid the big bad Jew,” according to the European Jewish Press..


“You’ll be walking in the shoes of a little Palestinian. The goal of your evening is to avoid the big bad Jew and reclaim your home,’’ the invitation stated.

University’s president Albert Corhay demanded the cancellation of the event and added that students involved will be summoned in the coming days.

In a statement, the Union of Jewish Students in Belgium declared: “The student body has a tradition of humorous initiations. Here, however, we are dealing with something else: a Manichaean and anti-Semitic vision of the Israeli-Palestinian conflict.” 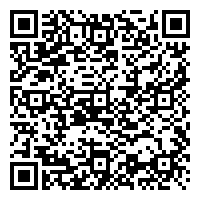