The Cabinet Sunday morning approved amendments to the conversion reform law of the last administration and returned more power to Hareidim, over the objections of coalition partner Bayit Yehudi (Jewish Home).


Prime Minister Binyamin Netanyahu ordered Bayit Yehudi chairman Naftali Bennett to vote for the changes, alleging that they were part of the coalition agreement with the Shas and Yehadut HaTorah (United Torah Judaism) parties.

Bennett said at the Cabinet session, “I did not agree to this in coalition negotiations,” but the Prime Minister shot back:

All of the agreements obligate everyone.

Likud Parliamentary Group Chairman Ze’ev Elkin stepped into the fray and confirmed that Bennett opposed rolling back the reform, and the Cabinet passed the changes with Bennett and Bayit Yehudi Cabinet member opposing it.

Avigdor Lieberman, chairman of the Yisrael Beiteinu party that is not in the coalition, also voted against it.

The amendments wreck all of the efforts in the previous government to take conversion out of the hands of Hareidi rabbis an allow local rabbinical courts to decide on the delicate issue that has the most impact on 300,000 Russian immigrants who are not Jewish according to Jewish law. Hareidi courts generally are far less willing to accept conversions than are national religious rabbis.

The Cabinet also transferred authority over the country’s rabbinical courts from the Justice Ministry to the Ministry of Religious Services, which is headed by another Shas MK, David Azoulay.

Refusal to accept reforms means that it is more likely that all of the children and future generations of the immigrants will not be Jewish. If the woman marry Jewish men, there would be even more non-Jews in Israel and would create complications that could affect their children’s future.

The need for Prime Minister Netanyahu to form a coalition forced him to accept the Shas and UTJ demands to put the conversion process back in the hands of Hareidi courts. Under the new amendments local courts still can process conversions but only with the approval of the Chief Rabbinate.

Sephardi Chief Rabbi Yitzchak Yosef, son of the late Rav Ovadia Yosef, is part of the Shas movement that his father founded, so it is no wonder that the Shas party insisted on eliminating reforms.

It only is a matter of time before reform once again will undo the Hareidi establishment that never misses an opportunity to forego bridging gaps with the non-Hareidi population and bring people closer to Judaism, simply because they insist on such a rigid approach to religion and concentration of power that pave the way for a backlash that could weaken Orthodox Jewish influence in Israel. 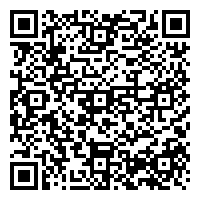